Disseminate appealing spots to the world

On 18th July 2016, an event made for Muslims called ‘Muslimthon Sano’ was held by Ryoumo Muslim Inbound Development Council. The word ‘muslimthon’ is derived from the word ‘muslim’ and ‘marathon’.
While wearing the original Sano Muslimthon T-shirt, participants have to stroll around Sano city either by walking, public transport or even own cars, take pictures of pleasurable spot and upload it to social media. The one with the most ‘Likes’ will be awarded a lavish prize during BBQ session that was held at the end of the day. 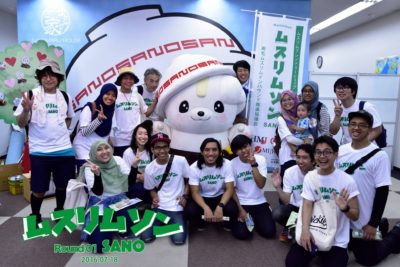