Home › Lifestyle › Do you know of any hospitals in Tokyo where circumcisions are performed?

Do you know of any hospitals in Tokyo where circumcisions are performed? 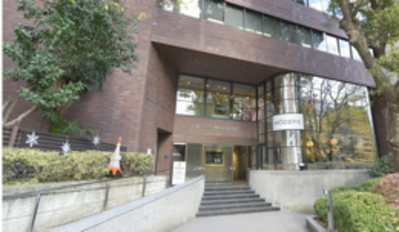 Today I am writing about the “Tokyo Medical and Surgical Clinic” where my son was circumcised at the age of 1 month.
Cleanliness is very important in Islam. In order to keep the body clean, Muslim males are circumcised. This is usually performed when they are babies or sometimes even as older children. As it is known that babies heal faster, there is a recent trend in Malaysia to perform circumcision on newborns in hospitals.

What about Muslim children born in Japan?
Circumcision is not a part of the culture of Japanese people. However, there are several hospitals where circumcision can be performed. The costs involved and services provided tend to vary greatly. It can be challenging to gather all the necessary information from all the various places to decide which one is best. This is the reason why some families choose to travel abroad to have the procedure done. `

The “Tokyo Medical and Surgical Clinic” employs doctors from different nationalities. They have either European or American medical licenses. They can provide a wide variety of medical services including circumcision. The details of the circumcision surgery are available in Japanese on their website.

One or both parents must be of foreign nationality.
(This is due to the doctors having foreign medical licenses.)

Preparation for the surgery

An appointment is required. In our case, we managed to make the appointment within 10 days.

The day of the surgery

We arrived at the hospital about 30 minutes earlier than the appointment time. The procedure was explained to us. Parents can attend the surgery if they wish and we did. We took off his clothes and diaper right before the surgery, and lay him on the surgical table as instructed by the nurse. Then the nurse secured his wrists and ankles with safety belts to avoid him moving around during the procedure.

The surgery was performed by a British male doctor who can speak Japanese and English. The method used was called the “Bell-Clamp”. It involves using a medical clamp that helps to stop blood flow to the foreskin. The surgery went very well. There was no bleeding and took about 40 mins. After the surgery, we received instructions regarding the aftercare from nurse and we paid the fee.

Since the surgery is performed under local anesthetic, babies are not supposed to feel any pain. However, our son cried during the surgery. He was angry because he was strapped to the surgical table. We went to the nursing room after the surgery to calm him down. It took us a while to make him stop crying.

Aftercare was given at home for a week. Our son did not show any uneasiness and there was no bleeding at all. Since the procedure was performed without using sutures, the fused skin edge was smooth and straight after healing.

Since it was my first time seeing a circumcision, I was very worried. The doctor and nurse were very kind. The clinic was clean and had a nice calm atmosphere. I recommend that you consider this clinic if you are expecting a baby boy in Japan. If you have any concerns about the safety of the surgery, please get in touch with the doctor.