Home › Travel › An Insight to Korakuen Garden Okayama, the Essence of Culture and Philosophy

The Essence of Culture and Philosophy

Have you ever heard of “Three Great Garden of Japan” or as in local dialect is “Nihon Sanmeien”?

It’s probably unheard from the foreigner, but for Japanese people, it’s really famous. These three gardens are Kairakuen in Ibaraki, Kenrokuen in Kanazawa and Korakuen in Okayama Prefecture.

As one of the Three Great Garden of Japan, Korakuen in Okayama puts the culture, philosophy and the beauty of nature in a harmony. The design and set-up are beautiful in many ways. 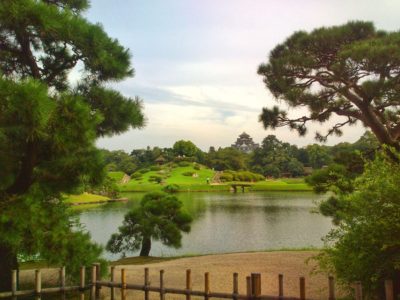 If you enjoy cycling, Momochari is one recommendation for you, a mini bicycle that can be rented in Okayama City. It’s probably the fastest and cheapest way to gets in Korakuen Garden in Okayama.

Korakuen Garden the Essence of Culture and Philosophy

In 1687, Lord Ikeda Tsunamasa ordered Tsuda Nagatada to construct Korakuen Garden. It was completed in 1700 with the profound idea of philosophy and beauty of nature. In 1884, the ownership was transferred from Ikeda family to Okayama Prefecture, then the garden was opened to the public.

During WW2 bombing in 1945, Korakuen Garden is severely burned and destroyed, but thanks to the paintings and printings it can be restored exactly as the one built in Edo Period. Even until this day, the essence of culture and beauty of Edo Periods could still maintain its existence in this landmark. 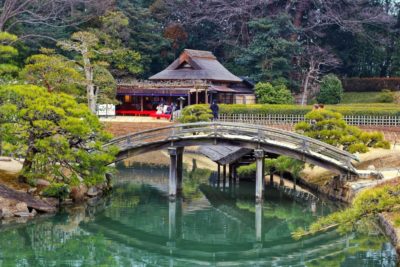 The first thing that will catch your attention inside Korakuen Garden is a real samurai house. After crushed down in WWII, a similar samurai house was brought from the real samurai family to the garden. So originally the house is a cultural heritage from Edo Periods.

Now this place is used mainly to introduce the Japanese cultural event like Hinamatsuri or to show the traditional stuff like clothes, dolls or musical instruments.

Next to the samurai house is an old style wooden house used as the stage for Noh, a Japanese mask performance. This stage originally was used for Ikeda Tsunamasa to enjoy his hobby for Noh culture, as he himself performed to entertain his friends and special guests.

In the Korakuen garden, the water flows in every place as the greenery is surrounded by canal and ponds. Back then in Edo Periods, the water originally comes from Asahi river, but after the WW2 the river is badly contaminated by the industrial waste so in rebuilding the Korakuen garden they use underground water.

This water flow is very important for the vegetation in the garden as well as for hundreds of carp in the ponds and ducks. 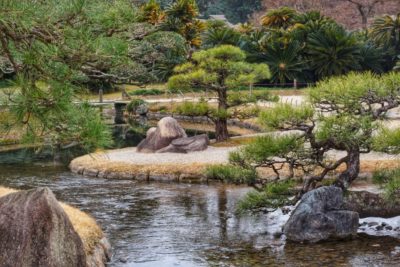 The highest land in the garden is probably the most interesting part of your journey. At this point, we could see the overall picture of the Korakuen garden.The cultural heritage buildings, the philosophical paddy field, and beautiful plantation around the garden could be seen from here. 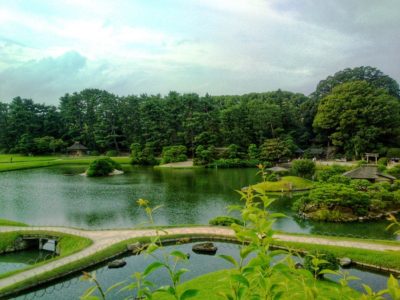 Ikeda Mitsumasa is a good follower of Confucian teachings, so he tried to reflect the teaching in his own garden. This mark of the Confucian teachings could still be perceived in Korakuen Garden and every year the Okayama Prefecture held an event for the kids to plant the ricefield in this paddy field.

Korakuen Garden have collections of Ume, Cherry Blossom and Maple trees that will be beautiful in each season. So, there is really no time preference for visiting Korakuen Garden. 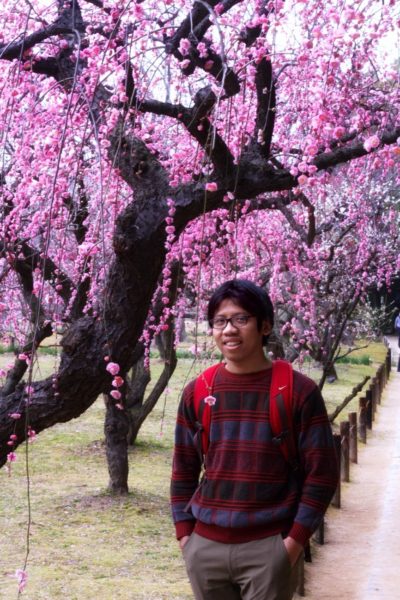 Where to Lunch and Pray

Recently there is Halal food sold in the cafe located in front of the Korakuen Garden’s bridge, the place called ”Antenna Cafe”. They served Sri Lankan cuisine, kind of vegetables and fish based curry. It’s delicious and inexpensive, worth for family lunch.

In Autumn or Spring, you probably better doing a picnic and prepare the homemade food.