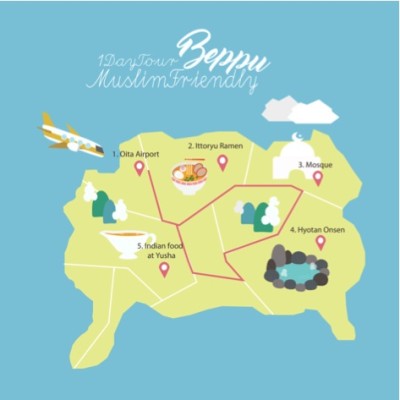 Beppu, is an famous Onsen town in Kyushu. Located 2 hours by bus from Fukuoka and roughly 40 minutes from Oita Airport, this small town is a home to a vast International student population and also Muslims from across the globe.

Due to its ideal location in Kyushu, and the attractions it offers we recommend a one day Beppu Tour to the Muslims travelling in and around Kyushu. In fact, recently the Beppu Mosque collaborated with the Beppu city hall, to produce the Beppu Muslim Map, which holds information about the prayer spaces, restaurants serving Halal food and onsen where Muslims can visit as they have special personal onsen for families. 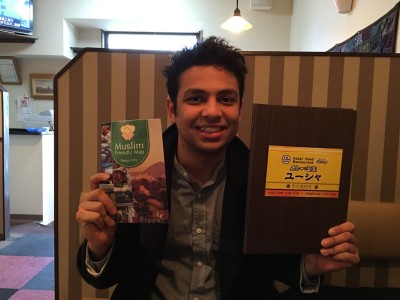 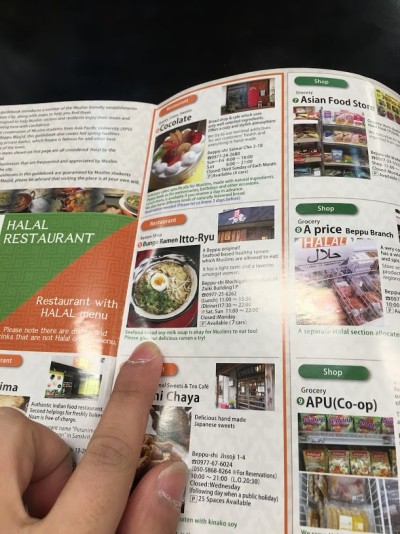 Our Muslim intern from India and another Japanese friend tried this one day Beppu Tour using the Beppu Muslim Map. Here is the account.

Land at Oita airport and ride the Oita Airport Limousine Bus headed towards Beppu ran by the Oita Kotsu Bus Service. Also, if you are a student, a two-way 1,550 yen bus ticket is sold that makes it even more cheaper and convenient.

Despite of being in Japan, a lot of Muslim travellers cannot enjoy a hot bowl of Ramen. However, Beppu has a famous ramen shop which serves Ramen prepared for Muslims.

The access is simple, set down at the Beppu Kitahama bus stop and take either the Beppu Oita Kotsu Bus Number 50. Or walk towards to Mochigahama bus stop (roughly 15 mins walk).

The Ittoyu Ramen Shop is located roughly 5 mins from the Mochigahama Bus Stop and offers two types of Muslim Friendly Ramen “Black Ramen” and “White Ramen”. Although this store does not have a Halal Certification but it offers Muslim Friendly Ramen. As per one of the Indonesian customers we asked, “Eating a hot bowl of Ramen in the onsen town of Beppu without the fear of it containing pork is a wonderful feeling.” Well, if you do not believe us have a look at this video and see for yourself. 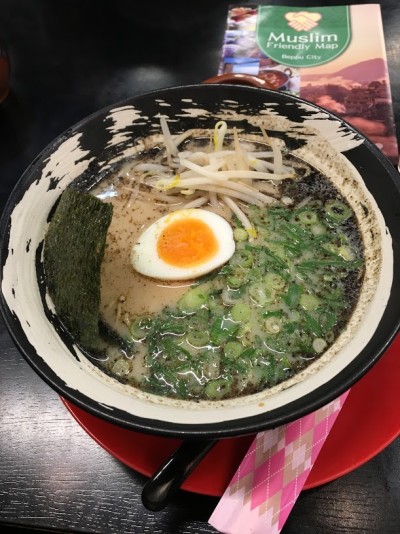 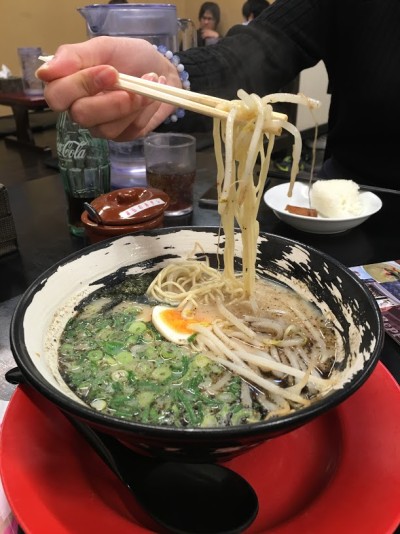 After delving in the scrumptious Japanese Ramen at the Ittoryu, it is time for prayer. The Beppu Mosque is located in a prime location and is 1 mins walk for the Mochigahama Bus Stop and roughly 6-7 minutes walk from the Ittoryu Ramen Shop.

The Imam, is a kind hearted person who is always welcoming people with an open heart. If you strike a conversation with him, who knows you might be enjoying a cup of tea with him while looking at the sea.

This is the introduction video of the Beppu Mosque. If you get the time we would recommend you to the visit the mosque.
https://www.youtube.com/watch?v=FuxtH1SwYOE

Kannawa is the center spot of onsens in Beppu and one of the most famous onsen is the Hyotan Onsen. We choose Hyotan onsen as a location because it offers Private Onsen experience for upto three people at a cost of roughly 2000 yen for an hour.

Riding the Kamenoi Bus headed towards Kannnawa, one can see the Hyotan Onsen in about 20 minutes. Drop down to enjoy the private onsen here.

Each, Private Onsen is equipped with a dryer, wash-basin, and a coin which when inserted fills the onsen with the natural spring water. There are 5 types of Private onsens that one can choose from. The website offers the explaination to each onsen but we would recommend the Kawasemi, as it is an open air onsen and one can enjoy the view of the sky while being in the hot onsen. 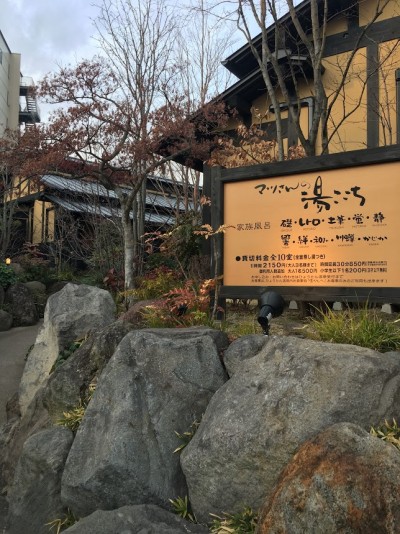 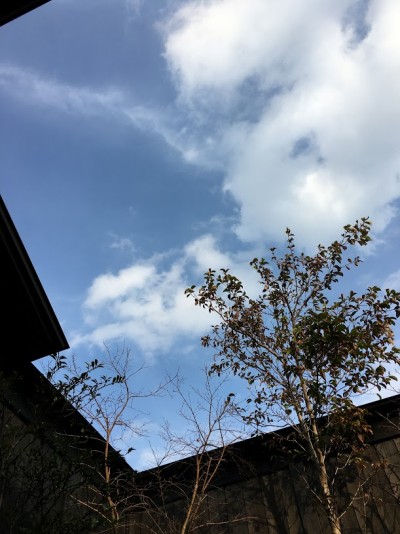 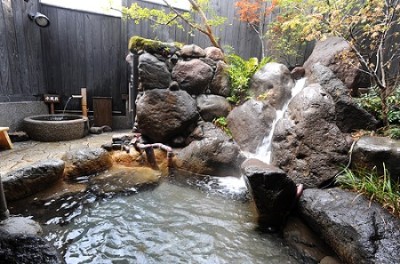 Since, the Hyotan onsen is a popular spot, which is why we would recommend a prior reservation, which can be done through a call. After the onsen bath, drinking the Cold Coffee or Yogurt from the vending machine is a must. The cold drink is heavenly specially after the hot and relaxing onsen.

16:00 Moving back to Beppu City, Mochigahama

After the relaxing onsen, one can either ride the bus to Mochigahama or walk down to the Beppu city which, takes about 20 minutes. Being on the coast, the winds blowing in Beppu are pretty cool and with them hitting your hot body, it is all more fun. Once back in Beppu, one can stroll around the Mochigahama area to visit the 100 yen store or move back to the Mosque for the prayers.

Beppu also a home to a vast student body of International students has several restaurants offering international cuisine. Which is why to fully enjoy the Beppu tour, our recommendation is to indulge in the international environment. 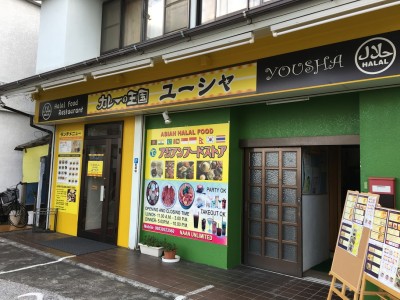 We recommend a restaurant serving Halal Food called Yusha, an Indian Cuisine Restaurant which is about 5 Minutes walk from the Beppu Mosque. The Keema curry and the Indian Pakoda (fried vegetables) is a must try item. The restaurant also serves a variety of naans ranging from Cheese, Garlic nans and items straight from the grill like Tandoori Chicken or Kebabs.

Each meal costs roughly 1500 yen to 2500 yen per person. We doubt if you will not be left asking for more.
https://www.halalgourmet.jp/restaurant/439 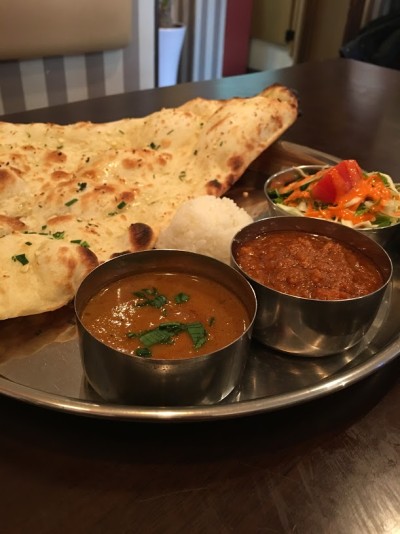 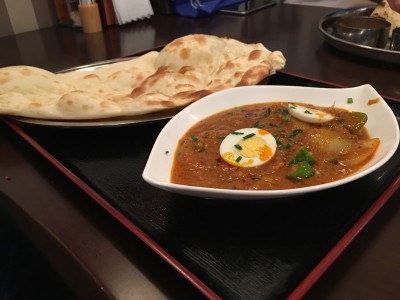 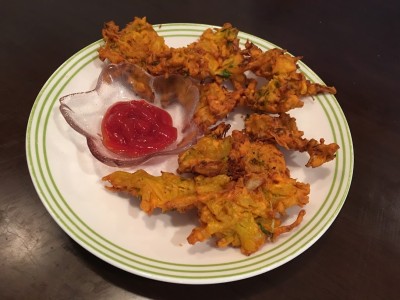 18:30 Head Back to Oita Airport or Beppu Eki or your hotel for the night

After an early dinner, depending upon the plan for the next day, guests can either go back to the Oita Airport or take the train from Beppu Eki or even stay at a hotel in the Beppu for a night.

All in all, we hope that through this one day plan, the guests can enjoy the Onsen Tourism of Beppu and at the same time enjoy the international environment of Beppu. For further details we would recommend you to use the Beppu Muslim Map available easily in Beppu Mosque for free or use the Halal Gourmet Japan Application to help you navigate through the Onsen Town Of Beppu.

We are awaiting your opinions on this one day Muslim Friendly Beppu Tour and hope to see your photos of Beppu some time soon.