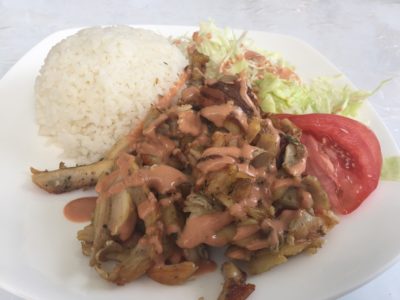 Although Kebab is generally eaten in a sandwich-form, HALAL kebab in Tokushima Prefecture is a little different. Their popular menu is Kebab-rice and Kebab-don, in which kebab is served with rice.

The owner and chef, Mr. Mustaba owns a Kebab shop in front of Tokushima University Hospital, and also regularly travels and sells food at event sites and masjid in Tokushima Prefecture on his two food trucks.