Home › Event › Eid Mubarak! Difference of Ramadan/Eid in between Japan and Indonesia


Written by Rahmania Radjadi (www.rahmaniaradjadi.com)
Eid mubarak! The holy month of Ramadhan is over and all of Muslims in the world is celebrating Eid. I also so grateful that I have the chance to celebrate Eid with my family and friends in Indonesia this year. During my visit to Indonesia, I surely could see much differences between Ramadhan and Eid in Indonesia and Japan. If you are wondering how different is Eid celebration compares Japan to Indonesia, you have landed in the right page!

Since most of the population in Indonesia are Muslims, fasting during Ramadhan feels more common. Most people would not surprised when we told them that we are fasting. People would easily find food stalls that sells “takjil” (food or snacks for breakfasting) on street. Some offices are close earlier also.
Many people in Indonesia also will stay in Masjid for i’tikaf in the last 10 days. For you who do not know what i’tikaf is, i’tikaf is an Islamic practice consisting of a period of staying in a mosque for a certain number of days, devoting ourself to ibadah staying away from “worldly things”.
Meanwhile in Japan, as we know that Muslim is a minority, so when we told Japanese friends that we are fasting their reaction mostly surprised or amazed. Some Masjid in Japan also provide “takjil” for breakfasting and I know some Masjid in Tokyo that does it.
For i’tikaf in Japan, there are also some Masjid who allow people to do i’tikaf, but most masjid will ask for registration so that they could prepare the meal for sehri in the masjid. This situation is different in Indonesia which most masjid will allow people to i’tikaf without the need to register but not all masjid will provide meal for sehri but only prepare some snack because many people would prefer to go home at sehri time. 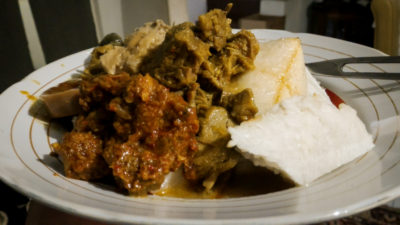 During the ‘takbir night’ you will hear the takbir almost form every Masjid you passed by in Indonesia. This takbir night is what I missed the most during Eid in Japan. The takbir will start right after breakfasting during the last night of Ramadhan and ended when the Eid prayer is about to start. Meanwhile in Japan, you can not easily hear the takbir, the only thing I love to do during takbir night in Japan is to play a takbir in my computer which is loud enough for all of the household member to hear.
During the Eid Mubarak day Masjids and Muslim country embassies will organize Eid prayer in Japan and so does with Muslim communities. After Eid most embassy will also invite it’s citizens to attend open house party in the embassy to attend banquet and celebrate with feast. After feast

Meanwhile in Indonesia, after Eid prayer, families will visit each other to do silaturahim which means connect between us all. The Eid prayer in Indonesia could be held in a large field such as a masjid parking lot, a street that would be closed during the day, and a large open field. Usually people will feast during the silaturahim. This silaturahim is the main cause of a tradition called “mudik” among Indonesians which means “go home”. People will visit their parents and grandparents houses out town to do the silaturahim.

Eid in Indonesia is not only strong with the “mudik” tradition but also with the give money or sweets tradition to the kids in the family for them to buy stuff they want. People also likes to bring food and gifts when visiting parents house.

It is clearly that there are differences between Eid Mubarak in Indonesia and Japan also differences of tradition between the two. But, for me this differences is unique and I feel grateful to be able to experience both. How about you? How is you country’s ways to celebrate Eid and how is the tradition during the Eid Mubarak day? 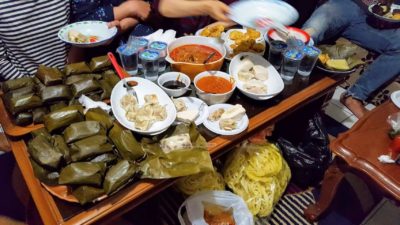