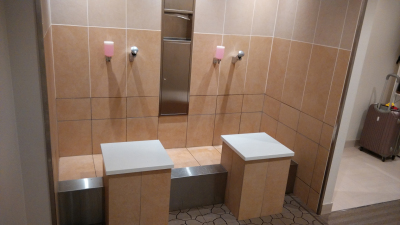 Written by Ismu-san
Osaka is one of the biggest cities in Japan, Kansai International airport also takes part of the most important place for many people coming and departing from Japan. The development of muslim in the world is increasing, and Kansai airport became friendly airport for muslim. Kansai Airport has 3 prayer rooms, first located in third floor (3F) terminal 1 beside the Korean Air Lounge, and the other two rooms are located at the international departure gate area at north wing and south wing gate. All prayer rooms are separated by gender and a washing space is available for use before praying.