World Halal Tourism Awards 2016 is a commendation for the companies and the countries that has contributed to halal services, halal products, and halal tourism for the sake of Muslims around the world. In this award, 383 brands and countries were nominated by international votes from 116 countries. 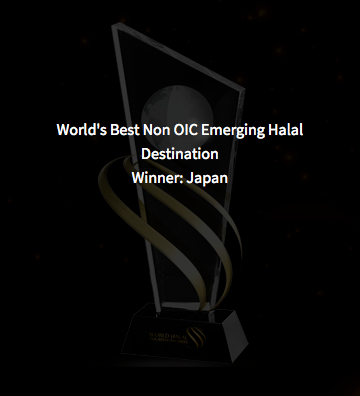 Above all, what is amazing is that Japan won the “World’s Best Non OIC Emerging Halal Destination” (to commend a country striving for halal, and Muslim-friendly environment of non-OIC countries) though Japan is located far from Islamic countries.
*OIC indicates Organization of Islamic Conference

It can be said that Japan was prized this because efforts companies, local governments, organizations, and people involved in halal promotion made was evaluated by the tourist incoming to Japan.

etc…, 19 groups and countries in total.